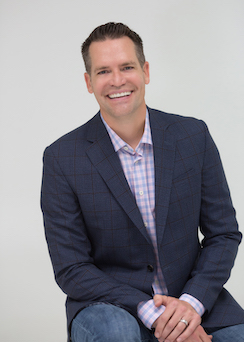 Dr. James Anderson attended the University of Missouri where he received his Doctor of Dental Surgery (DDS) degree. Following graduation, Dr. Anderson was commissioned as an officer in the U.S. Army and served 10 years on active duty.

Dr. Anderson was selected to a 2-year advanced education residency. He has received both his Fellowship and Mastership degrees from the Academy of General Dentistry. He has focused his comprehensive practice with training in digital dentistry, implants, sedation, and cosmetics.

In his free time, Dr. Anderson enjoys spending time with his wife and four children. He can also be found volunteering with his church, hiking in the mountains, and riding his motorcycle.

Back to Our Team
Meet Our Staff